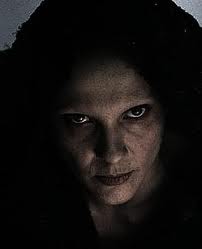 Text: Job 1-3; Psalm 119:145-160
Job is characterized as the most intellectually challenging books of the Bible.  Many scholars also believe it to be the oldest – written before the time of Moses.  The stage is set when Job, a man who “was blameless and upright,” has his possessions, his children and his health stripped away be Satan.  Satan is attempting to demonstrate that Job’s faith in the Lord is false.  In these opening chapters, we learn some about Satan.  Satan, a fallen angel, appears among the assembly of angels before the Lord in heaven.  Set in this context, verses 1:7 and 2:2 say the same thing:

The Lord said to Satan, “From where have you come?” Satan answered the Lord and said, “From going to and fro on the earth, and from walking up and down on it.”

Earth is Satan’s domain.  He is ruling here on earth, and he is among us.   He is a dangerous adversary, he is nearby, and he is able to intervene in the lives of people.  But notice that Satan in all this remains under God’s sovereign restraint.  When we trust in the Lord, we need never fear Satan.

Little children, you are from God and have overcome them, for he who is in you is greater than he who is in the world. (1 John 4:4).