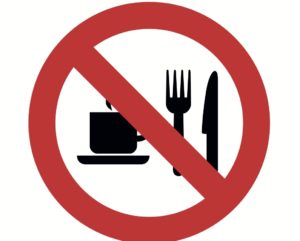 Good morning!
Text: Esther 4-7; Psalm 119:97-112
When Esther is told by her cousin Mordecai that she must approach the king, she has received a very dangerous assignment.  The rules are that anyone who approaches the king without having been called must be put to death unless the king extends his scepter.  Esther’s response is this:

“Go, gather all the Jews to be found in Susa, and hold a fast on my behalf, and do not eat or drink for three days, night or day. I and my young women will also fast as you do. Then I will go to the king, though it is against the law, and if I perish, I perish.” (Esther 4:16).

Fasting is a spiritual discipline that opens up pathways to connect with the Lord.  When we are in great need and must seek after God, fasting is appropriate. We don’t fast often in today’s church.  The question is, why not?