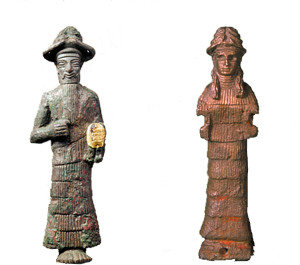 Good morning!
Text: Judges 16-18; Proverbs 19:1-14
The story of the man named Micah is fascinating.  He steals a bunch of silver from his mother.  She curses the one who stole it, apparently in her son’s presence, so he confesses and returns it.  She then takes some to a silversmith to make idols dedicated to the Lord.  That’s the first unusual idea.  The Lord detests and forbids idols – yet it seemed good to her to make idols unto the Lord.  Not good.  Then, Micah hires is own personal priest.  He has worship stuff and a priest in his house.  He foolishly thinks that sets him up.  Judges 17:13 says,

Then Micah said, “Now I know that the Lord will prosper me, because I have a Levite as priest.”

As the story continues, Danites come and steal the idols and take away the priest.  Micah ends up empty handed.
The story is curious, but the message is straightforward.   If we pursue God in ways other than according to his plan, it is folly.  If we pursue the trappings of God instead of God himself, it is vain (empty).  In short “religion” ends up vacant.  God Himself – His person – is the way.
As Biblical Christians we know this.  But many people in our culture think the way Micah and his mother thought.  They think that church attendance, charity work, rites and rituals will set them up.  But the Bible says that the only answer is knowing and following Jesus.  Stuff and activity cannot save.  Only grace, through faith, in Jesus and only Jesus.
in Him,  Mike