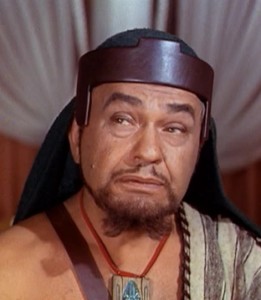 Good morning!
Text:  Numbers 15-17; Psalm 32
Today’s text in Numbers has some rough sledding.  We encounter the fellow caught picking up sticks on the Sabbath (Nu 15:32-36) and we are perhaps surprised when the LORD directs him to be stoned to death.  That it might shock us is evidence of how lightly we take sin.  Even a minuscule act of rebellion against God is just flat awful in His sight.  The point is not whether it seems like a big deal to be picking up some sticks.  The point is that God had forbidden any work on the Sabbath, and this guy did it anyway.  Makes me take pause and ask what “little” things in my life are like that – things I know God’s Word prohibits but that I might rationalize as “no big deal.”
The seriousness of rebellion against God really gets skylined in the matter of Korah and his rebellion (Nu 16).  He challenges the authority of Moses and Aaron, both of whom have been appointed to their authority by the LORD.  To ask, “who do they think they are,” is to directly challenge the LORD.  That’s a very bad choice, as evidenced by the scene where the earth opens up and swallows Korah and company – taking them to “Sheol” (the place of the dead) in an instant.  The consequences of the rebellion don’t end there, as an additional 14,700 die in the plague the LORD sends.
Makes you think, doesn’t it?  Do we take our sin too lightly?  The sin of rebellion is bad, really bad.  And it is also very common.  I am so grateful that we are under grace, not Law.  I am so grateful that Jesus has made atonement for all my rebellion, great and small.  And, I plan to ask the LORD in prayer to open my heart to see any sin which I am taking lightly.
in Him,  Mike