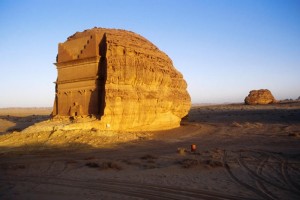 Good morning!
Text: Zechariah 7-9; Isaiah 51
It was not easy to decide what to comment on – Zechariah 9:2 prophesies the Triumphal Entry of Jesus on the first Palm Sunday…. 550 years in advance.  Wow!
But, the verse which spoke to me was Isaiah 51:1:

We are only here and only know Jesus because of saints that went before.  Abraham believed God and obeyed Him.  Moses answered the call.  David followed the Lord to victory over enemies and to consolidate God’s chosen people under one king.  Ezra and Nehemiah followed the Lord’s leading and returned to rebuild the temple and the city.  Jesus left His throne in heaven, came to earth and obeyed the Father even to death – for us. The Apostles established the Church and wrote the New Testament.  Somebody told me and somebody told you the Gospel.
This is the rock from which we have been hewn – the faithful obedience, sacrifice, courage and love of the generations of believers that have gone before us.  May we be found faithful.  May we leave a legacy  – ones who look back upon us with gratitude and praise for the Lord.  Tall order!
in Him,  Mike