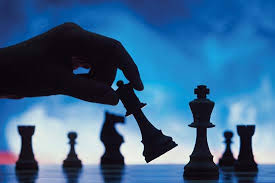 Good morning!
Text:  Ezra 1-4; Psalm 116
Ezra brings the account of the rebuilding of the temple after the exile in Babylon.  Just as prophesied by Isaiah, and in accordance with timing in the Word of God brought through Jeremiah, King Cyrus sends the Jews back to begin rebuilding.  As is always the case, when God’s plan for His kingdom advances, opposition comes.  We read in Ezra 4 about the opposition.  As I read this, I feel both familiarity and unease… the tactics of the enemy against the people of Judah and Benjamin are still in use today against the Church.
We see four tactics in play.  The first outing by the adversaries is to offer to help (4:1-3).  The Jews, knowing God’s call to purity, decline their offer.  I believe it is a good thing to work alongside people who do not share our faith for the good of our community and nation.  But, when it comes to worship, prayer, and the proclamation of Truth, we must not mix.  In the Church, we use the fancy word, “syncretism” to describe this tactic of the enemy to come inside our house, enter our family gatherings, and pollute our worship.  It goes on all the time, even today.
Next up are two evil twins, discouragement and fear (4:4).  Attacks on God’s people can only work in this way when we take our eyes off the Lord.  That said, how often do we find ourselves discouraged?  How often do we pull back from going all out for the Lord because of fear?  The enemy uses these tactics because they work.
The final attack here – the accusation (4:6-24) – in fact gets some traction as it halts the temple reconstruction for a spell.  Notice that the accusation is about the political risks of allowing God’s people to thrive.  We see this all the time as well, as God’s good is often called evil.  We see it  when the World can attach God’s good to some political agenda.  We are labeled as “dangerous” because we might inflict our troublesome beliefs on others, against their will.
These four tactics are in use by the adversary today. When I was in the Navy, we spent a lot of time studying our potential foes.  It is important to know the enemy.  Ezra shows us four tactics for which we should be on the lookout..   By the way… the Lord always wins the war.
in Him,  Mike