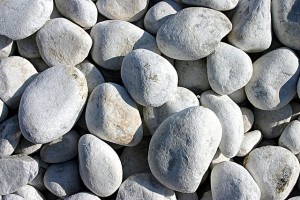 Good morning!
Text:  Joshua 7-9;  Psalm 54
After the great victory at Jericho, the Israelites move to conquer a city named Ai.  The town seems inconsequential, so they send a modest force.  Surprisingly, they are defeated.  It turns out that one among them has taken some spoils in Jericho for his own.  God’s commandment was that everything in Jericho was to be devoted, set apart, for Him, and destroyed.  When Joshua falls on his face before the Lord and asks why they have been defeated, the Lord’s reply includes these words:

Get up! Consecrate the people and say, ‘Consecrate yourselves for tomorrow; for thus says the Lord, God of Israel, “There are devoted things in your midst, O Israel. You cannot stand before your enemies until you take away the devoted things from among you.” (Joshua 7:13)

When the Lord commands everything to be devoted to Him but we hold something back for our own, there will be defeat.  That word, “consecrate”, means to dedicate formally to God’s sacred service.  He wants every bit of us devoted to Him.  If we are holding back anything for ourselves, we cannot expect victory.  But when we do “take away the devoted things from among” us, He will indeed lead us to victory.  I wonder what victories the Church would have if indeed we were all fully given over to Jesus.  So… what are you keeping back from the Lord?
in Him, Mike