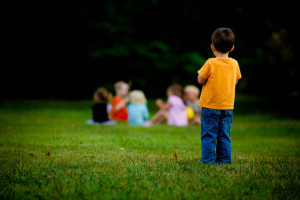 After Jephthah’s successful campaign against the Ammonites, a curious event occurs.  It begins with Judges 12:1;

The men of Ephraim were called to arms, and they crossed to Zaphon and said to Jephthah, “Why did you cross over to fight against the Ammonites and did not call us to go with you? We will burn your house over you with fire.”

If you will recall, this sort of thing has happened before with the Ephraimites (after Gideon’s defeat of the Midianites (see Judges 8:1).  Now, Ephraim is one of the tribes of Israel, so they ought to be the “good guys.”  But they have this habit of being left out when there’s a victory in battle, and then getting upset about it.

Why might this be?  The text does not tell us, so we have to speculate.  My take is that it is simple pride.  “There was a victory and we were not even there and we look like losers,” might be the thought.  Perhaps there was concern that they do not appear brave.  Maybe there was grumbling among their own tribe about this and so they had a leadership problem.

Whatever the details, it looks like a simple case of being left out – and the feelings that come with that.  When we get left out we feel diminished, unappreciated, and there is hurt and anger.  Pride is in play.  And pride is always a motive to sin.  Ephraim chose to act – and it was a bad choice.  Look at the consequences (12:6): “…at that time 42,000 of the Ephraimites fell.”  Ugh.