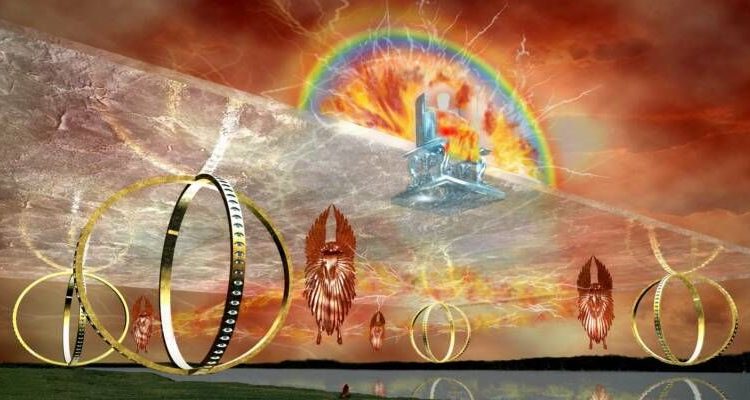 Good morning!
Text:  Ezekiel 1-4; Proverbs 30
The descriptions of the vision of God in the opening chapter of Ezekiel are pretty strange.  He says in verse 1; “…the heavens were opened and I saw visions of God.”  Then we read of a great cloud, with brightness around it, and of odd creatures that move on wheels within wheels, all accompanied by lights and sounds.  Ezekiel then describes the Lord himself:

Three things catch my attention.  First, this vision is not some future event, but is an attempt to describe the ongoing nature of God.  The vision is “now.”  Second, the utter other-worldliness of it – the reality of God in heaven right now – is indescribable, beautiful, strange and awesome.  And third – The Lord on His throne has a “human” appearance.  We are, after all, made in His image.  That said, he is fantastic and strange, and at the same time familiar.  This is the God who loves us, cares for us, and hears our prayers.  Wow!
in Him,  Mike