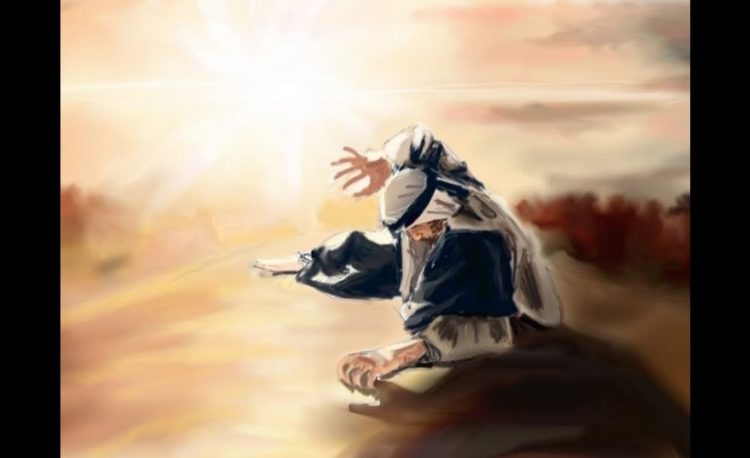 The Apostle Paul finishes his third missionary journey by arriving in Jerusalem where the opposition to “The Way” (Christians) and to Paul himself is intense.  An angry mob seizes Paul and he ends up in Roman custody.  Paul is given an opportunity to give a public defense.  He begins by telling of his conversion on the Damascus Road which had occurred years earlier.  He had been Saul, a devout Jew and a persecutor of the young Church, aggressive and violent.  Paul begins;

“As I was on my way and drew near to Damascus, about noon a great light from heaven suddenly shone around me.  And I fell to the ground and heard a voice saying to me, ‘Saul, Saul, why are you persecuting me?’  And I answered, ‘Who are you, Lord?’ And he said to me, ‘I am Jesus of Nazareth, whom you are persecuting.’ (Acts 22:6-8)

Saul is persecuting people, Jews who had become Christians.  But Jesus says that it is in fact he, Jesus, being persecuted.  This is a powerful statement about our identity in Christ.  We are indeed the Body of Christ.  When people mess with us, they are messing with Him.  This idea – that we are so closely bound with Jesus – has two sides.  First, it is a great comfort to know that when the world might come against us, we are bound to Jesus the victor and all of His power and authority over evil.  Second, it is a grave reminder that our behavior always reflects upon Him.  Something to ponder…