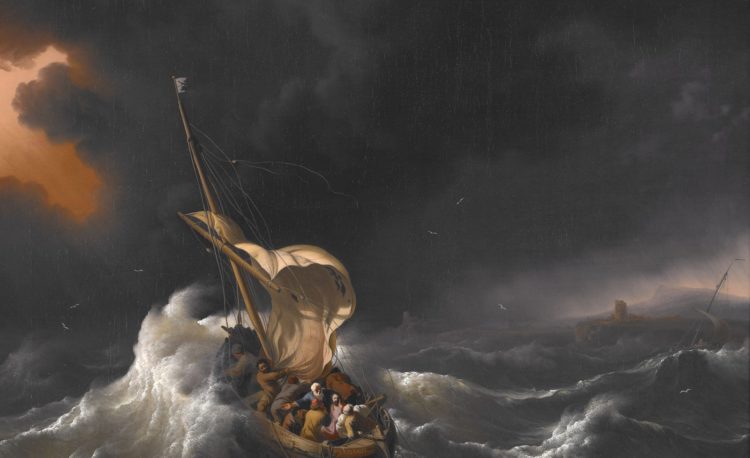 Acts 27 tells the tale of Paul on a sea voyage.  Bound for Rome, Paul is in the custody of a Roman detail.  They board a sailing vessel and get caught in a big storm, the lives of all aboard threatened.  They abandon hope, and Paul speaks up:

“Yet now I urge you to take heart, for there will be no loss of life among you, but only of the ship. For this very night there stood before me an angel of the God to whom I belong and whom I worship,  and he said, ‘Do not be afraid, Paul; you must stand before Caesar. And behold, God has granted you all those who sail with you.’”   (Acts 27:22-24)

The Lord had told Paul earlier that he would go to Rome (Acts 23:11), so Paul had God’s promise.  But in that Paul’s shipmates were so frightened, the Lord spoke again.  Sometimes we need words of encouragement.  We know God has promised to always be with us, to never forsake us.  We know we have eternal life and a brilliant future.  We know He cares and will provide for us.  But sometimes the storm rages and we need reminding.  In this case God used an angel (angels are real, you know).  But sometimes He uses ordinary people like you and me.  Is there someone in your life in the midst of a great storm?  Have you reminded them of God’s promises?