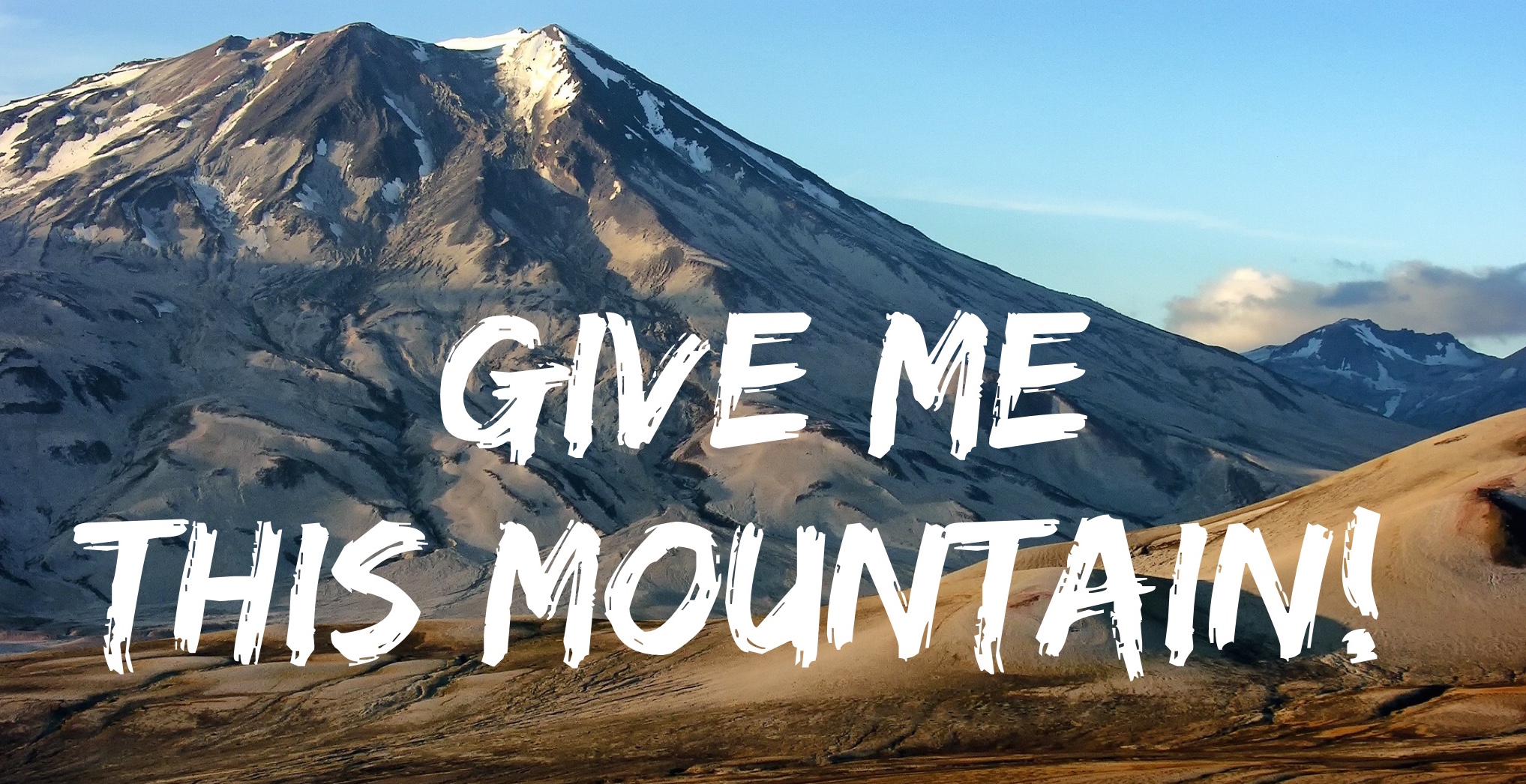 Good morning!
Text: Joshua 13-15; Psalm 56
Caleb is a great model.  Men’s ministry leaders often use the story of Caleb to encourage other men to finish well.  We find him in Joshua 14:6-12 claiming his inheritance in the Promised Land.  You will recall that Caleb and Joshua brought the minority report when they were part of the group of spies that went into the promised land forty five years earlier.  Caleb believed the promises of God, and he saw all of life through that lens.
Here we find him an old man – eighty-five years old – and saying about himself that,

“I am still as strong today as I was in the day that Moses sent me; my strength now is as my strength was then, for war and for going and coming.”

As Caleb faces the challenge of a forced entry into the land that will be his, he then says,

“So now give me this hill country of which the Lord spoke on that day… It may be that the Lord will be with me, and I shall drive them out just as the Lord said.”

He is pretty spry for an old man!   But he trusts in the Lord.  May every one among us take a hold of Caleb’s example.  May we never let aging sideline us.  May we never forget that with the Lord, we can do anything He calls us to.
in Him,  Mike