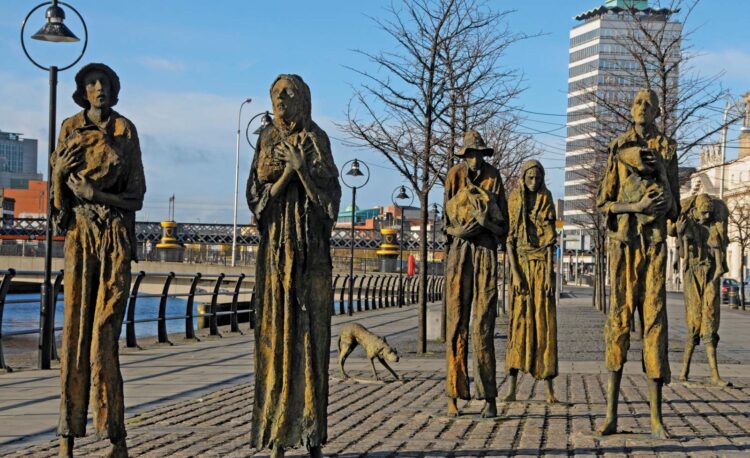 Now the famine was severe in the land.

Most of us have read the story before, and we know how it comes out.  In fact, one of my favorite punch lines is first introduced in 45:5 when Joseph tells his brothers that “God sent me before you to preserve life.”   I love that – it is a picture of God’s sovereignty in action – the evil the brothers did to Joseph was actually part of God’s plan to preserve the people of the Promise.  Cool.
Now… come back with me to 43:1 – “Now the famine was severe in the land.”  In an agrarian culture in an agrarian time, famine was awful. Hunger came swiftly, and then great suffering, starvation, and death.  Awful.  But consider that, but for the famine, there would have been no relocation to Egypt.  And by the relocation of Egypt the people became numerous enough to enter the promised land and take possession of it.  The famine was part of God’s sovereign plan.  This is how God uses suffering in our lives.  Uncomfortable people are prompted to make changes.  Guided by God, those changes are always for the better.
Is there a “famine” in your life?  Is there a point of discomfort or even outright misery?  Knowing that the Lord is in it, is there a change that needs to be made?  Consider His words to Jacob:

Then he said, “I am God, the God of your father. Do not be afraid to go down to Egypt, for there I will make you into a great nation…” (Genesis 46:3)